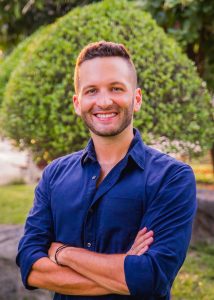 Zachary’s writing on culture and personal development has appeared in publications such as The Huffington Post, Mic, PopMatters, The Mekong Review, and more. His work has been featured by BBC News, BBC Radio 4, The Sun, HuffPost Live, The Art of Charm Podcast, and many other podcasts and publications.

Zachary has been acknowledged as a leading voice on confronting and overcoming jealousy in relationships. He is the author of the guidebook Overcoming Retroactive Jealousy and The Overcoming Jealousy Workbook,and founder and lead writer at RetroactiveJealousy.com, the most popular site on the internet concerning its central topic. His most recent book is The Breakup Recovery Workbook.

Zachary is also a music and culture writer, interviewing Grammy, Emmy, and Oscar winners, Rock and Roll Hall of Fame alumni, NYT bestselling authors, even a former Beatle. In 2016, he launched and hosted the podcast Travels in Music, a show dedicated to sharing stories about music from around the world. Travels in Music was featured as a “New & Noteworthy” podcast by iTunes in the US, UK, Canada, Australia, and elsewhere, and reached the top-20 music podcast charts in several of those countries.

I grew up in Haileybury and Owen Sound, Ontario, two small, though very different, Canadian towns.

One of these towns (Owen Sound) had a thriving arts scene and lots of interesting people, while it seemed like the other (Haileybury) mostly consisted of embittered Franco-Ontarians, and die-hard hockey fans. Many, many hockey fans.

Fortunately, my family’s move to Owen Sound coincided with the realization that I was never going to become a professional hockey player. As I went through high school I became drawn to what I saw as more interesting pursuits such as women, travel, making music, and trying to write.

I then spent the first half of my twenties traveling, and collecting official-looking bits of paper with my name on them.

During multiple visits to India for study and research, I volunteered with the Human Rights Law Network in Sikkim, and studied at the Center for Studies in Social Sciences in Calcutta, and the University of Pune. (Yes, that’s the real name of the school. My buddies back home thought it quite funny that I was pursuing studies in “poon,” as they called it.) 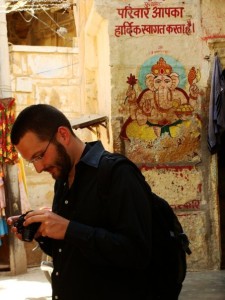 Aside from being an absolutely fascinating place to live, I liked the way India exposed me to many different types of people, and inspired me to confront some ugly truths about myself. (More on that below.) I was enormously fortunate to be awarded several scholarships from the Government of Canada, the Government of Ontario, McMaster University, and the University of British Colombia for my research on tourism and culture in Northern India.

During this period I became increasingly interested in talking to people–locals, fellow travelers, friends back home–about their experiences of being in love, relationships, and trying to become better, more peaceful human beings. I became very interested in meditation and personal development. At the same time, I started to realize that I was more jealous and possessive in my relationships with women than I’d care to admit. Pretty unsexy stuff.

During the final year of my studies at the University of British Columbia, while procrastinating on finishing my thesis on India in the 1960’s, I started writing a book about jealousy. In April of 2013, the same month I submitted my thesis, I published Overcoming Retroactive Jealousy, and launched a website on the same topic, both under a fake name.

Some of my grad school friends laughed at me, and thought I was nuts. Maybe they were right, but to my surprise, other people embraced my little project. Inspired by this modest success, I dropped the pen name. 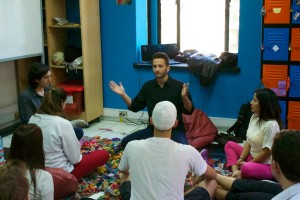 Before I realized what was happening, I had become a full-time author and entrepreneur. I find my work both challenging and rewarding, and as long as that remains true, I’ll keep offering my thoughts on letting go of jealousy and possessiveness in their relationships. I’m also pursuing a couple of new projects, and I’ll be able to share more details about them soon. (Sign up for my newsletter to stay in the loop.)

Over the past ten years I’ve lived in India, Chile, Colombia, Thailand, and Indonesia, and traveled through many other countries along the way. I’m fascinated by people, and I love to explore different cultures.

For as long as I can remember I’ve been a massive music geek, and feel confident in saying that I know more than any man should about the history of Western pop music. I feel lucky that my Travels in Music podcast and freelance work for PopMatters has helped me meet some of my musical heroes. Life is good.

While we’re talking about music, I’m also a disco-loving DJ, singer-songwriter, drummer, guitarist, and budding ukulelist. My favourite Beatles record is the “White Album,” which should tell you almost anything else you might need or want to know.

As you can probably see by now, I’m a man with many different interests. Susan Sontag once described her idea of a writer as “someone interested in everything;” that’s me, for better or worse.

If you’re still curious, click here to check out some recent interviews.